Signs of the Times

– There is still a real magic in the action and reaction of minds on one another.  [Thomas Carlyle]

In 1829, a young man from Scotland published an essay entitled Signs of the Times.  Carlyle was unknown, and seemingly ill-equipped for consequence or celebrity.  Yet the essay seemed to all who read it utterly original, acutely prescient, and powerfully persuasive, and it launched a career in authorship of the utmost significance.  Carlyle went on to write numerous essays, biographies, and volumes that strikingly analyzed and influentially criticized the culture and society in which he lived.

1829 was an important year in England and Europe.  A lengthy era of rural, agronomic civilization was changing precipitously.  Opinions and beliefs that had seemed fixed certainties and were almost universally shared became broadly challenged.  Profound changes in science and technology fostered and fueled stunningly swift changes in the ways in which multitudes of people gained their living, organized their lives, and conducted their experience.  The basis of human existence began to shift from farming in village, estate, and family constructs to working for hire in impersonal, often inhumane factories and cities.  Stratification and conflict replaced previously prevailing systems of seemingly synergistic cooperation.

The preeminent constant in human life was becoming change itself.  The preeminent value was becoming personal gain, measured principally in cash money.  Previous ideas and imaginations about coherence, community, and holism were fracturing.  Beliefs about and communions with God were becoming far more questioned than most individuals could comprehend or readily countenance.  Philosophies about and comfort with society and government were becoming rooted in angry or aggrieved consciousness of economic class, rather than a common awareness of pleased citizenship.  On every front, ideas and ideals seemed under siege, altering, vanishing.

For some, this made a condition for excitement, hope, and confidence.  Perhaps, the optimists believed, human beings now had it in their power radically to improve their existence.  For others, the evolution into the industrial age produced suffering, woe, hopelessness.

Carlyle was one of the first thinkers to recognize and react to the phenomena of change that were transfiguring the polities and psyches of his age.  His generation of contemporaries passionately respected his brilliant analyses of and fervent replies to the transformational changes in human experience and sensibility that characterized his times.

We inhabit a similar moment in history.  We,too, are living during an era in which a multitude of changes, all mighty, none minor, are altering profoundly the fundaments of human identity and the terms of our existence.  Science and technology have discovered more during our generation than, arguably, all previous peoples ever have learned.   Since 1989, the geopolitical and economic architectures of the world have changed almost entirely.  The mechanisms, modes, and imprint of communication have become revolutionized.  Throughout much of the world, demographics are altering rapidly.  Politics and their poetics are shifting swiftly and unpredictably, with sweeping import.  Many people’s viewpoints and values are undergoing momentous modifications.  Individual and group behaviors are enduring historic adjustment – perhaps actual mutation.  Substantial, seemingly intractable conflicts are appearing among multiple social groups within individual nations and across crucial cultures. Most informed scientists believe our species’ attitudes and behaviors are changing, potentially irreversibly, the nature of nature.  We may well have imperiled the planet that houses and nurtures us.

For some, as during the age of Carlyle, this topos of extraordinary change makes a condition for excitement, hope, discovery, and creation.  For others, the contemporary era is producing disturbance, dislocation, economic and emotional distress.  For a vast, largely inarticulate mass of the earth’s population our times are generating despair.

For all peoples who ever have lived, reasoned conversation among persons of good mind and good always has been important, lively, and lovely.  In eras such as Carlyle’s and our own, reasoned conversation is essential to our power to understand our conditions, and vital to our ability to choose courses of thought, principle, and action in response to them.

This essay is a greeting, and an invitation.  Let those who feel interest in the spirit of our age talk together about the signs of our time and their meanings.  Let us laud what we find praiseworthy in our age.  Let us object gently to processes and products we find dangerous to our dignity and damaging to our happiness.  Let us create means to resist and refute the broad and powerful tendency of our times to isolate and alienate.  Let us embrace our unparalleled opportunities to speak with one another across the reaches of space, time, culture, and generation about our shared humanity, our fondest hopes, and our highest aspirations.

This is the first of a series of ongoing observations and reflections that I will publish about the signs of our times.  I will organize these essays around such key subjects in contemporary life as:

I’ve chosen this means of publishing because, in common with so many other paradigms that once seemed absolute, inevitable, even idyllic, we now know that traditional print, television, and radio media are severely compromised and increasingly inaccessible.  The instrument by which we here may speak with one another is owned by no one, is open to all, and need satisfy no imperatives other than candidness, clarity, generosity of spirit, and hunger for truth. 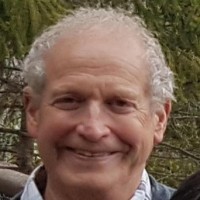